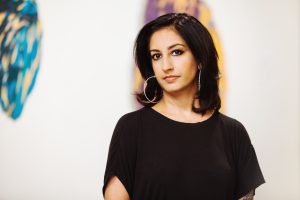 Jasbir K. Puar is Professor of Women’s & Gender Studies at Rutgers University.  She is the author of the award-winning Terrorist Assemblages: Homonationalism in Queer Times (Duke University Press 2007), which has been translated into French and Spanish and re-issued as an expanded edition for its 10th anniversary (Duke University Press, 2017).

Puar’s recently published book, The Right to Maim: Debility, Capacity, Disability  (Duke University Press, 2017) takes up the relations between biopolitics, disability, and forms of active debilitation pivotal to the operations of war machines and racial capitalism. The book appears in a new series, ANIMA, which she co-edits with Mel Chen. 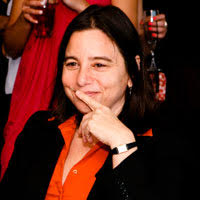 Sarah Schulman was born in New York City in 1958 and attended (High College) Hunter High School.  She is a novelist, playwright, screenwriter, nonfiction writer, AIDS historian,  journalist, and active participant citizen. She is the Co-Founder of MIX: NY LGBT Experimental Film and Video Festival, Co-Director of ACT UP Oral History Project, and the US Coodinator of the first LGBT Delegation to Palestine. Professor Schulman was also the Coordinator of the HOMONATIONALISM and PINKWASHING CONFERENCE at the City University of New York Graduate Center, Center for Lesbian and Gay Studies (April, 2013). Sarah Schulman is also on the advisory board of Jewish Voice for Peace, and is  a fellow at the NY Institute for the Humanities at NYU. 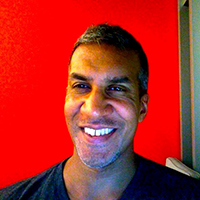 Siraj Ahmed is a professor of English at the CUNY Graduate Center and of English and comparative Literature at Lehman College. He is the author of The Stillbirth of Capital: Enlightenment Writing and Colonial India (Stanford, 2012), Archaeology of Babel: The Colonial Foundation of the Humanities (Stanford, 2018), and essays in Critical Inquiry, Representations, Cultural Critique, and Postcolonial Studies, among other journals. 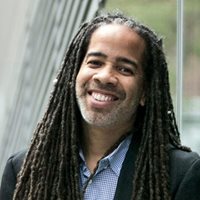 Jonathan W. Gray, Associate Professor of English at the CUNY Graduate Center  and John Jay College, works on post-WWII American culture, African American literary production, popular culture, comic books and graphic novels, and narratives of visual culture. His first book, Civil Rights in the White Literary Imagination (Mississippi) traces changes in white literary production during the period between the Brown case and the death of Martin Luther King.  His forthcoming project, Illustrating the Race (Columbia), investigates how the twin understandings of illustration—the creative act of depiction and the political act of bringing forth for public consideration—function in the representation of African Americans in comics and graphic narratives published since 1966.  Prof. Gray co-edited the essay collection Disability in Comics and Graphic Novels for Palgrave McMillian and served as founding editor of the Journal of Comics and Culture (Pace).  Prof. Gray’s journalism on popular culture has appeared in The New Republic, Entertainment Weekly, Salon.com, Medium, and the New Inquiry. 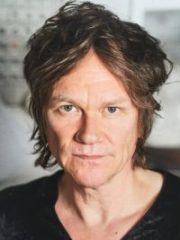 Eric Lott teaches American Studies at the Graduate Center of the City University of New York, where he currently chairs the English Program.  He has written and lectured widely on the politics of U.S. cultural history, and his work has appeared in a range of periodicals including The Village Voice, The Nation, The Chronicle of Higher Education, PMLA, Representations, Transition, Social Text, American Literary History, and American Quarterly.  He is the author of Love and Theft: Blackface Minstrelsy and the American Working Class (Oxford UP, 1993; twentieth-anniversary ed., 2013), from which Bob Dylan took the title for his 2001 album “Love and Theft,”The Disappearing Liberal Intellectual (Basic Books, 2006), a book of which Russell Jacoby strongly disapproved, and Black Mirror: The Cultural Contradictions of American Racism (Harvard UP, 2017), a study of race, culture, and fantasy across the long twentieth century.  He is a co-director of the Dartmouth Futures of American Studies Institute and a lifetime member of the American Studies Association. 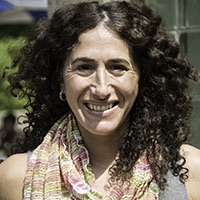 Jessica Yood is an Associate Professor of English at Lehman College and the Graduate Center, CUNY. Her scholarship focuses on rhetoric, the history of higher education, cultural theory and critical university studies. She is co-author of Public Voices, about the Writing Across the Curriculum program at Lehman, and is currently writing a book about the role composition can play in moving past the culture wars.

Need help with the Commons? Visit our
help page Send us a message

Built with WordPress Protected by Akismet Powered by CUNY